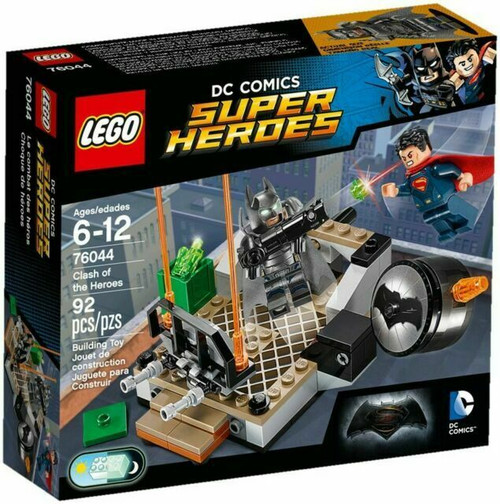 Get set for a Batman™ v Superman™ rooftop duel!

Armored Batman™ has glow-in-the-dark eyes and is firing his bazooka. Knock down the barrier with Superman’s Super Jumper and explode the Bat-Signal. But beware—Armored Batman could launch from the rooftop at any moment! Who will win the Clash of the Heroes? Only you can decide!